When does Employment law start?

Once there were no employment rights whatsoever. It would be wrong to think that we could never return to this situation but that would be foolish. The rights of employees have been hard fought and hard won but losing them could be a simple stroke of a policy decision, especially with the changes that Brexit will bring. Where do our current employment rights come from? One of the most common is that of the Constructive Dismissal Claim. You can Find out more about constructive dismissal claims here.

To really document the start of employment law you have to go right back to some years after the abatement of the Black Death. Due to so much loss of life those from the lower ranks of society had been pushed into roles usually considered to be above their station. Surprisingly, being noble or high born turned out to be nothing to do with one’s ability to organise and do a job. As the upper and middle classes came back to full strength they were equally surprised to find that the sons of the serf’s were not that inclined to take up their position back on the lower rungs so easily. The Black Death also effectively killed off the Feudal system or at least kick started it’s demise. 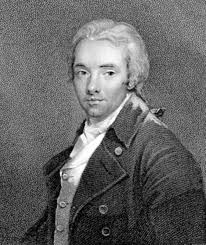 The peasants revolt and the subsequent Truck Act (which limited peoples movement and basically stopped Trade Unions and collectives) soon put a stop to that but it did result in people being paid a legal wage as opposed to being paid in kind. The abolition of slavery act in 1833 not only freed Africans, it also liberated the working classes in the UK as well. Slowly the age of deference came to an end and the age of contract began.