The friendship between Beaker and Dr Bunsen Honeydew 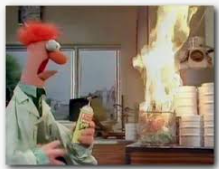 When you think of the muppets, or you might be asked to name one, the usual suspects come up. Kermit, Miss Piggy, Fozzie and Gonzo are the ones usually trotted out. Some fans might know Rolf and the Swedish Chef. However, for me, the best muppets were always Dr Bunsen Honeydew and his assistant Beaker. Although Honeydew didn’t seem to have any eyes, he was an incredibly successful scientist, and much of that was down to Beaker. Sure they may have set fire to a lab or 4, sometimes live on the show itself, but that’s just science. Anyway, they could have always just used Laboratory Relocation Services from aportglobal.com/lab-relocation-services/ to get them set up again. 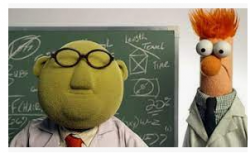 Each section of the show that the erstwhile two presented followed a similar format. Some ‘sciencey’ type modern music would play, and the good Doctor Honeydew would turn to the screen and say the immortal lines of “oh, hello there” (well before Obi-Wan Kenobi, I might add).

There then followed a brief introduction from Doctor Bunsen about what they were going to be demonstrating that day. This usually involved Beaker holding electrodes, drinking something green and bubbling, stepping into the time machine or some other infernal device that Honeydew had invented.

Beaker was always unsure of this and, for the most part, was usually set on fire by whatever it was he was given to do. The hesitant Beaker was always encouraged to do it anyway by Doctor Honeydew. It’s a measure of their friendship that he did.