A tale from the land of Ireland.

Ireland is a land rich in storytelling and fable. Some of the characters and stories are the inspiration for many centuries afterwards for fairy tales and modern interpretations. One of the most commonly known is that of St Patrick. In fact he is so well known that his Saints day on the 17th of March is widely celebrated throughout the world. The sending of ST Patrick’s day gifts is a common occurrence. One of the best to provide them is Shamrock gifts for ST Patrick’s Day.  St Patrick appears in many tales but here is one that he is absent from as it dates back before his coming to Ireland. It is a tale of Finn and his people, the Fianna. 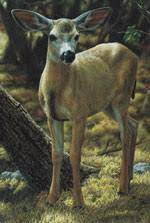 This tale is one of a great love between Finn Mac Cumhall and Sadb, his soon to be wife, Finn was a great hunter and deer was his favorite thing to catch. He enjoyed a good haunch of venison and his mighty deerhounds were renowned for being great hunters. One day they caught a deer but as Finn came to claim it he noticed that the hounds had not harmed  the doe.  They caught her in a magical place and Finn’s men were unable to approach. 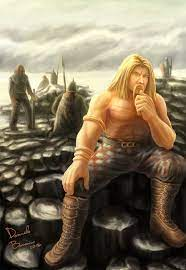 Finn came to the doe easily. As he did the Doe spoke to him with a human voice. Her name was Sadb (Sive as in dive) and she had been enchanted by an evil Druid she had spurned. Through Finn’s love Sadb became a woman and after the night she stayed that way whenever she was in Finn’s presence.